It goes without that saying an entire post about it, but the African comic book wave largely borrows ideas, concepts, and themes from western comics. More specifically from the big two DC Comics and Marvel Comics publishing houses. Weirdly, the main three achetypes for characters and story telling are pulled from DC’s Trinity. 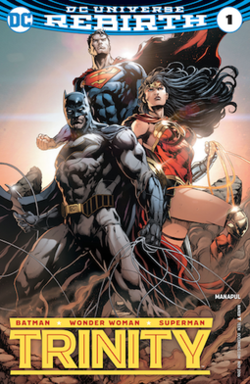 collectively known as the Trinity. Three characters that are the pillars of the publishing house’s sales, marketing, and stories.

Superman: the man of steel, the man of tomorrow and truly the heart of the books, as well as the idealist of the teams he sorties with. He is notably one of the physically strongest, and in some instances the strongest character, that comics have to offer. He has made capes, the abilities of super strength and flight all synonymous with his brand. An alien with a responsibility to use his powers for good.

Batman: the dark knight, the detective, and an infallibly competent vigilante who carries out his own form of justice border-lining on criminal. His deductive reasoning, comprehension of many languages, mastery of all human martial arts, and general ability to adapt and plan have made him one of the smartest humans on earth. His use of gadgets, and seeking out crime outside of the conventional law has made him the icon call to vigilantes.

Wonder Woman: the Amazonian, the goddess of war, and the immortal resolve team. She is by all accounts a warrior, a symbol of defiance and a feminist signal flare. In more cases than I can count she is superior to Superman in physical strength and superior to Batman in combat. She carries with the status of strong woman character, bold, brazen, and flawless.

The characters have superseded their brands and become models and case studies for what it means to be a comic book hero. And so African comics (based on superheroes) will more than likely tend towards one of these three types of character.

Kwezi and Guardian Prime, having flight and handful of other powers (Guardian Prime’s outfit taking a distinct inspiration for the Superman tights and cape) lean into the archetype of power and heart. Their journey’s are pulled from a higher purpose; celestial, spiritual and the responsibility that comes with those powers.

Ireti and Avonome are woman wielding immense magical and spiritual abilities. Stories of discovery, characters out of time, strong women with ties to the past that will shape the future. Wonder Woman’s ties to her greek pantheon and her place among the justice league as well as her solo journey echo these narratives.

Razor-Man and Beats who have burning personal vendettas that can only be drowned by getting their hands dirty mirror the journey of self mastery against a corrupt, violent or oppressive system like the path that Batman has taken in Gotham city.

Archetypes aren’t bad, no not at all. The framework for all stories is the same if you break it down far enough. The true identity of each of these new heroes as they rise around Africa will come into light as their stories go on over the years. As the writers grow, as the characters themselves are put through trials and fight their personal demons, they make their way to becoming their own brands, own icons and one day archetypes for new stories to be told.

“We’ve gathered six southern-African storytellers in Cape Town for the first stage of their Design Futures storytelling project. In December we put out a call for entries and a few weeks later we undertook an intensive screening process of over 170 portfolios across various creative disciplines. Competition was tough, talent was amazing, but we had to make a decision.

Design Futures project aims to encourage conversations about design, sustainability and the circular economy. We’re also seeking a deeper understanding about the Sub-Saharan Africa design sector. The selected storytellers have been tasked with creating narratives about the journeys of six designers whose work embodies circular design and sustainability. These designers attended the Circular Futures Lab 2019 which followed the Ellen McArthur Foundation’s circular design framework and was hosted by the British Council in the UK. “